The story of Gaia House 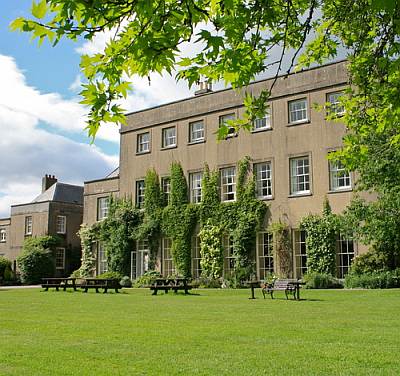 India with a man called Gotama, known as the Buddha – the Awakened One. A contemporary of Socrates, Gotama’s teaching gave birth to Buddhism: a way of life, philosophy and religion that spread throughout the whole of Asia.

Many of the first Westerners to embrace Buddhism travelled to Burma and Sri Lanka at the end of the 19th century to study its doctrines and learn meditation. At this time Buddhism was reforming itself in these countries in order to better address the challenges of modernity and threats of colonialism. One of the consequences of this was to bring Buddhism out of the monastery and into the world. This led to the development of the first Insight Meditation (Vipassana) courses for lay people.

When young Europeans, Americans and Australians travelled to Asia in the 1960’s and ‘70’s in search of Eastern wisdom, many of them were drawn to Insight Meditation. Over time, they returned to their homelands and began to share what they had learned and establish meditation centres. It was from these beginnings that the practice of Insight Meditation and mindfulness began to spread through modern society.

After several years training in Asia, Christina Feldman and Christopher Titmuss returned to England in 1976 and started leading retreats. In 1983, with the support of a community of meditators, they founded Gaia House in the old vicarage in the village of Denbury, Devon. The name “Gaia” was chosen for two reasons: Gaia was the name of the Greek mother earth goddess, now seen as a symbol for the interrelationship and interdependence of all things sharing this planet, and to echo “Gaya,” the name of the city in northern India near where the Buddha attained awakening.

Gaia House became a Trust with registered charitable status in 1990. Due to the steady growth of interest in Insight Meditation, in 1996 the Gaia House Trust bought the former manor house and Christian nunnery of West Ogwell, where we are currently located.

Today, Gaia House is one of the largest residential meditation centres in Europe. About 1,500 people from all walks of life and backgrounds attend group and personal retreats here each year, practising meditation in an atmosphere of silence. They are supported by a residential team of eight volunteer coordinators and a permanent team of paid staff. The nine members of the Teacher Council as well as other invited teachers offer a comprehensive range of retreats year round. To support their ongoing practice and create community, meditators have formed many local sitting groups around the United Kingdom affiliated to Gaia House.

More about the History of the Building and Greening Gaia House.